All of Us Are Dead: Is Cheong-san Dead or Alive? Ending Explained! 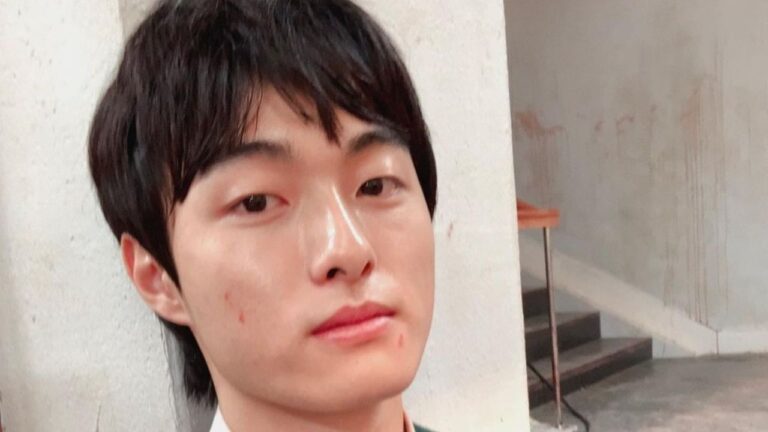 Lee Cheong-san dies in the final episode of All of Us Are Dead after the explosion occurs while battling Gwi-nam. The role is played by actor Yoon Chan-young. Many fans wonder if Lee Cheong-san is alive while others seek discussion about his death. After all the trouble Lee Jin-Su was getting in his school, Byeong-chan decided to a little experiment with his son's fear into a rage which later creates chaos on All of Us Are Dead.

All of Us Are Dead is a Netflix original series about a group of kids who are awaiting rescue following a zombie outbreak at their school.

Following the worldwide success of Squid Game, Hellbound, and Arcane, the show rose to the top of Netflix charts in 25 countries on the same day of its official release on January 28. It became the fourth Korean series to reach the top of global charts.

All of Us Are Dead is directed by Lee Jae Gyu, who has previously worked on Damo, Beethoven Virus, and the film Intimate Strangers. Chun Sung Il, the writer behind films like Slave Hunters and The Pirates, joins him. Park Ji Hu, Yoon Chang Young, Cho Yi Hyun, and Lomon are among the main characters.

Is Lee Cheong-San Dead in All of Us Are Dead?

Lee Cheong-san played by Yoon Chan-young (@yooncy1) is a Hyosan High School student who has a secret crush for Nam On-jo. Because of Nam-ra's enhanced hearing capacity, the survivors learn about the bombing in the season finale.

Gwi-nam reappears one final time to assassinate Cheong-san. He succeeds to bite Lee Cheong-san this time, despite being beaten back.

Cheong-san says his goodbyes to On-jo and his companions before leaving to distract the zombies so that his friends may get out of the building and reach a safe area before the bomb goes off. He tricks the typical zombies into falling into a deep pit by luring them there.

Meanwhile, Gwi-nam is discovered to have survived their previous encounter. They battle till the explosion occurs. Cheong-san is seen lying among other zombies, covered in ash, in the season's final episode's concluding sequence.

On-jo's nametag can be seen from a short distance. This indicates that Cheong-san is no longer alive, which is most likely the truth. Cheong-san, on the other hand, has had several near-death experiences this season.

The endings of some episodes imply that he is dead. The following episode, however, reveals that this is not the case. There's a chance the same thing happened here, and the writers plan to unveil the truth in the next season.

Why Did Byeong-chan Create The Jonas Virus?

Bullies at school often attacked Lee Jin-su, but instead of fighting back, he tried to attempt suicide. Byeong-chan complained to the administration about the bullies, concerned for his son's safety, but the principal prioritized his school's reputation and evaluation, sparing the bullies with a mild warning.

The principal even persuaded Byeong-chan to refrain from reporting the incident to the authorities. The attacks, however, continued, and Jin-su wished to vanish or die. Byeong-chan was a helpless parent who, unable to alter the system, decided to transform his son instead.

Byeong-chan was a cell biology researcher who researched hormone fluctuations. He says in one of his videos that predators frequently attack the prey, but every now and then the prey loses its fear and attacks the predator. The creature's testosterone level rises as a result of this.

He genetically manipulated the same hormone derived from a hamster to change their fear into wrath. Byeong-chan believed that Jin-su's fear would be relieved by this genetically created Jonas Virus. It converted him into a monster, though, and he bit his own mother, turning her into a zombie as well.

Byeong-chan attempted a variety of treatments to stop the infection from spreading, but when none of them worked, he imprisoned his son and wife in the house.

At the end of All of Us Are Dead, the National Intelligence Service (NIS) discovered Jin-su and his mother and brought them to a secure facility to experiment on them, most likely with the goal of developing a super-soldier army or a vaccine.

Byeong-chan, on the other hand, was bitten by an army of zombies who stormed the police station and would have been killed in the explosion.