Directed by a gay man, Michael Mayer, Netflix's Single All the Way cast has gay actors and they are bringing a holiday movie to the streaming platform. Get all the Details!

With Thanksgiving over, people are already shopping for Christmas decorations, chocolates, and gifts. Playlists are filled with Christmas-themed songs and that is going to be the case till the end of December. Playing into the theme also are streaming platforms, most notably, Netflix, who have a plethora of selections when it comes to holiday entertainment. Adding to that list is the new rom-com movie Single All the Way.

There will be many more holiday movies and TV shows in the coming days but most likely none of them will feature a gay cast. That is what's unique about the new rom-com, instead of female characters at the center, this movie is putting male gay characters in a holiday movie. Not something you will be able to catch on Hallmark, that's for sure.

So, with a lot riding on the movie and carrying a whole lot of representation for a holiday movie, there must be questions from the audiences regarding the Single All the Way cast. We have got some juicy details regarding the stellar cast of the movie.

Single All the Way Cast: Are the Lead Couple in the Movie Really Gay? 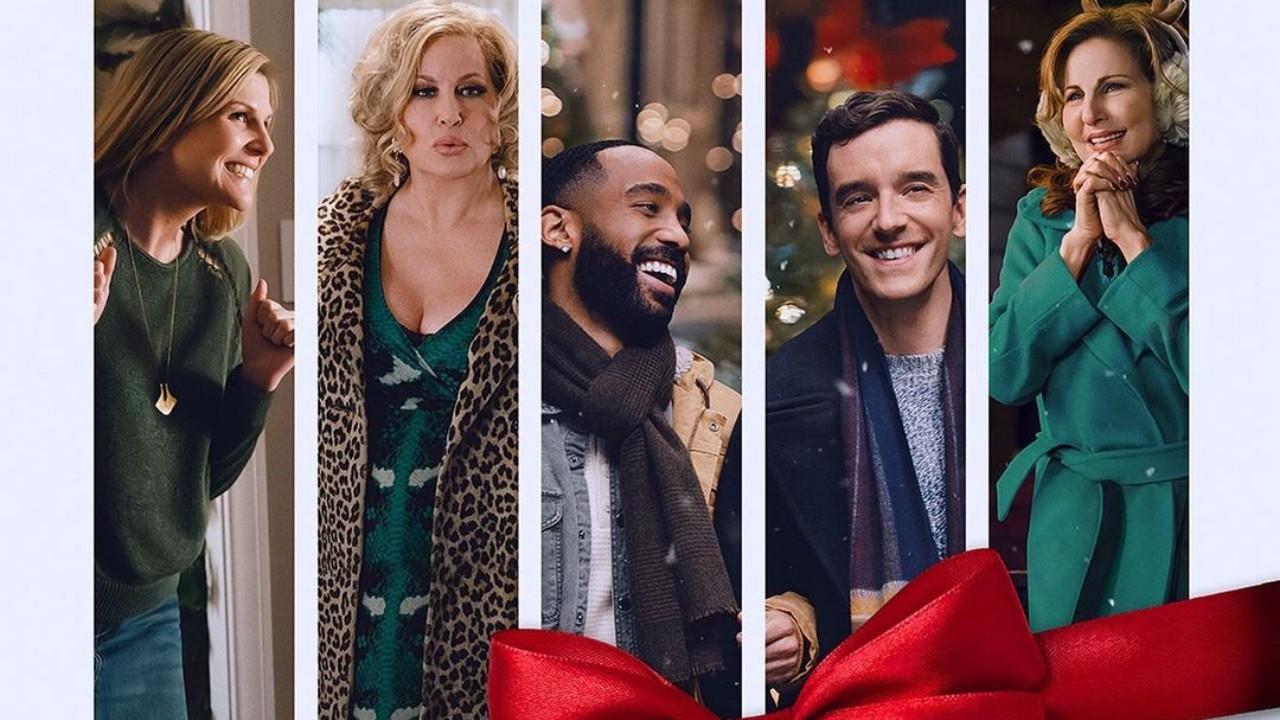 Michael Urie leads the Single All the Way cast, playing a gay man who brings his friends as his boyfriend to his parents' home for Christmas.
Image Source: Philemon Chambers Instagram

As with most romantic comedies that form the base of a Christmas movie or a holiday movie, there are few original ideas. There is a pattern to making these types of movies but some new aspects and ideas can be introduced to freshen up the tried and trusted methods. In this case, male adults' gay romance is being shown in a Christmas movie, something that is rarely seen.

The Single All the Way cast features gay actors, with theatre veteran actor Michael Urie leading the movie. Michael plays Peter in the film, a man who is looking to avoid relationship queries from his parents and decides to invite his friend as his boyfriend. Peter is gay in the movie and actor Michael is also a member of the LGBTQ member in real life.

Michael Urie has been out and proud as a gay man for more than a decade. He prefers the term Queer and has been in a committed relationship with his boyfriend Ryan Spahn for over 12 years. There are ample pictures of the couple on their respective Instagram pages but at this moment the couple has not decided to get married.

The other lead Single All the Way cast member is Philemon Chambers. He plays Nick in the movie and is a good friend of Peter who decides to help out his friend by posing as his boyfriend in front of his family. In terms of real-life though, Philemon remains coy about his sexuality, we could not find a current or past relationship of the actor and it is not clear if he is gay or not.

Another gay man appearing in the movie is Luke Macfarlane. He plays James in the movie. The Single All the Way cast member has been openly gay for a few years now. He however plays a heterosexual male most of the time in Hallmark movies. Luke was once rumored to be dating Prison Break star Wentworth Miller. His current partner however is not known.

Other Single All the Way cast members include Barry Bostwick as Peter's father, Jennifer Coolidge as Aunt Sandy, and Kathy Najimy as Carole, Peter's mother. The film is directed by Michael Mayer from a script written by Chad Hodge.

What is Single All the Way About?

Following years of questions and queries into his personal life, Peter is fed up with him being the center of every Christmas conversation. He wants to just enjoy the holidays without feeling lonely and reminiscing about past relationships. So, instead of going to this years' festivities alone and facing the same questions again, Peter decides to stave off all those nagging questions.

In his quest to rid himself of the relationship questions, Peter asks his friend Nick to pose as his boyfriend and go with him to his parents' house. That is what Netflix's new Christmas movie Single All the Way is about. The film is coming to the streaming platform on 2 December 2021 and there are high hopes for the movie to crack the top 10 charts on Netflix.